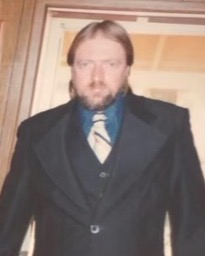 William S. “WD” Duncan Sr., 66 passed away on Sunday, November 20, 2022 at Baptist Memorial Hospital in Columbus.  W.D. was born on June 25, 1956 in Amory to the late William S. Duncan, SR and Gloria Wherman Duncan.  He was raised in Wren by his grandparents, CW and Leona Duncan, Henry August and Earnest Lee Wherman.  W.D.  attended Wren and Amory Schools and married Sandra Faye Pace on July 12, 1974. He worked on drilling rigs all across the Southeastern United States in his younger years.  He retired from the furniture industry.  W.D. is now with the love of his life, Sandra Faye Duncan who passed away 20 years ago.

In addition to his parents, grandparents and wife, W.D. is preceded in death by a brother, David Duncan.

Private services will be held at a later date.

To order memorial trees or send flowers to the family in memory of William Samuel Duncan, Jr., please visit our flower store.