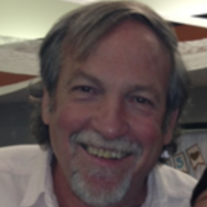 William Andrew “Bill” Bailey, 65, passed away on Tuesday, November 13, 2018. Bill was born on May 29, 1953 in Weaver, SD to Jack Dempsey and Shirley Lou Blair Bailey and he was a graduate of the Balboa High School in the Panama Canal Zone. The son of and Airman, he travelled all over as a child and upon graduating high school he served in in the Navy on a tanker ship. Following his discharge, Bill spent his working career in many different specialized jobs such a as a gas station owner, carpenter, mechanic, a law enforcement officer later retiring as a beloved stay at home grandfather. Bill loved to spend time with his family especially his children and grandchildren who knew him as Paw and he was an exceptional cook. With his sense of humor, he loved to have a laugh and always found a way to make someone smile. During ball season, he could be found cheering on his grandchildren and their team mates. Bill was a unique character and he made a lasting impression on those he met and will be remembered as a devoted, loving family man. Funeral services for Bill will be at 2 p.m. on Friday, November 16, 2018 at Cleveland-Moffett Funeral Home in Amory with Bro. Stanley Blaylock and Bro. Roy McHenry officiating. Burial will be in the Greenbrier Cemetery. Survivors include his wife, Debbie Knight of Amory; two sons, Steven Bailey (Jeanette) of Nebraska City, NE and Billy Bailey (Debbie) of Wisconsin; stepson, Chris Pickle; three daughters, Roxanne Snider (Billy) of Columbus, Roberta Bailey and Julie Bailey both of Wisconsin; two brothers, Blair Bailey (Stephanie) of Macon, MS and Mike Bailey (Sherry) of MD; three sisters, Carol Fudge (Ron) of Florida, Karen Godin (Gary) of NC, and Lauren Vincent (Chuck) of Lisbon, ME; 22 grandchildren; two great grandchildren, a host of aunts, uncles, nieces, nephews, and cousins; and special friends, Dianne Munn, Kerri Jo and Tammy Sykes; and Dr. John Stanback and staff. He was preceded in death by his parents; aunt and uncle Marion “Top” Bailey and Bernette Bailey; daughter, April Bailey; son, Robert Bailey; and brother, Rick Bailey. Pallbearers will be Daniel Clardy, Billy Snider, Brad Crawley, Keith Parham, Kerri Jo Sykes, Chris Pickle, and Mike Reeves. Honorary pallbearers will be Drew, Chance, Brody, Gavin, Noah, and CJ; and Dr. John Stanback and staff. Visitation will be on Thursday evening from 5 until 8 p.m. at the funeral home. Condolences may be shared with the family at clevelandmoffettfuneralhome.com
To order memorial trees or send flowers to the family in memory of William "Bill" Bailey, please visit our flower store.