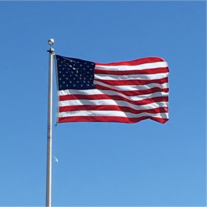 Voy L. Cantrell, 88, departed this life for the life eternal in Addison, Alabama, on Thursday, June 13, 2019 due to an automobile accident. Voy was born in Lee County on December 27, 1930 to the late Rev. Homer and Zora Martin Cantrell. Raised in Monroe County, he was the grandson of the late Woodie and Lydia Cantrell and the Late Leonard and Viola Pearson Martin. Voy was a graduate of Aberdeen High School. A patriotic American, he served in the Korean War where he was honorably discharged as a Corporal. A member of the American Legion, Mississippi Peace Officer Association, Eastern Star, Disabled American Veterans, he was also a Master Mason in the J.A. Mayfield Masonic Lodge #165 and the Smithville Lodge #548, a York Rite Mason, and a Scottish Rite Mason. In the 1970’s he was a police officer for the City of Amory later driving a truck for Wal-Mart from 1995 until 2013. He was a deputy for the Monroe County Sheriff’s Department until his health caused him to retire. On February 17, 1956 he married the love of his life, the former Jeanette Turner in Monroe County where they made their life until they were called home. Voy enjoyed his animals, loved this country, and enjoyed watching football and Fox News. He was a member of the Bigbee Baptist Church. Funeral services for Voy will be at 11 a.m. on Monday, June 17, 2019 at Cleveland-Moffett Funeral Home in Amory with Bro. Dempsey Rowland officiating. Burial with Military Honors and Masonic Rites will follow in the Amory Masonic Cemetery. Survivors include his sister-in-law, Barbara Rollins (James) of the Cason Community; three nephews, Steve Turner (Pam) of Amory, Kenny Bailey of Amory, John Seymore (Brittany) of Nettleton, 4 nieces, Sharon Harris (Rickey) of Calhoun, GA, Sheila Wigginton of Nettleton, Angela Doty (Roman) of Tupelo, Suzette Bishop (Jeff) of Caledonia; a host of great nieces and nephews, and cousins. He was preceded in death by his parents; his grandparents; one brother-in-law, Lester Turner; 3 sisters-in-law, Marie Bailey, Geraldine Ritter, and Carolyn Seymore. Pallbearers will be deputies from the Monroe County Sheriff’s Department. Visitation will be from 5 until 8 p.m. on Sunday evening at the funeral home. Memorials may be made to the Bigbee Baptist Church Building Fund.
To order memorial trees or send flowers to the family in memory of Voy L. Cantrell, please visit our flower store.