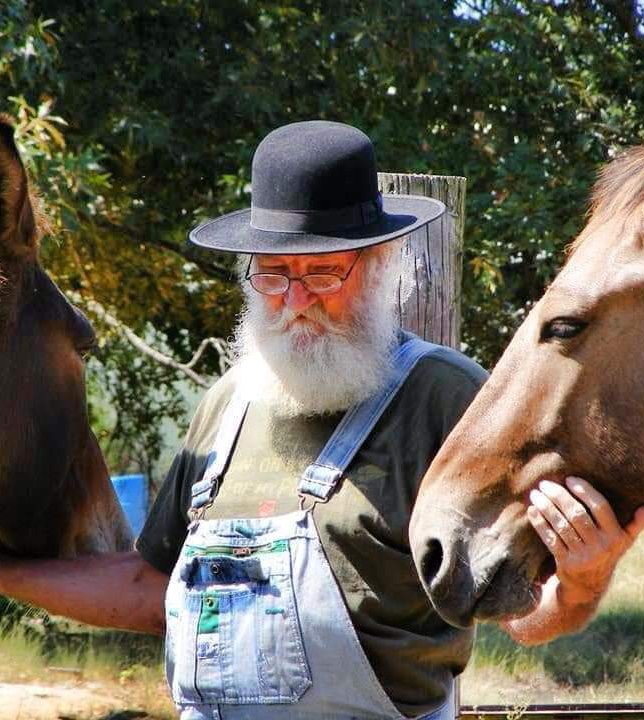 CAROLINA COMMUNITY – Patriot, gardener, outdoorsman, and family man, Roger Dozier, 78, passed from this life into eternity Monday, April 25, at North Mississippi Medical Center after a sudden illness. With much laughter and tears, his children gathered by his beside and shared stories and remembrances of their father, the myth, the man, the legend. His life ended intimately, with only he and his wife, Linda together as they had been for many years.

Born October 30, 1943, to Crafton and Lenora Dozier, he was a lifelong resident of Itawamba County. He attended Friendship School and Itawamba Agricultural High School. He joined the Mississippi Army National Guard as a teenager, serving during the Battle of Oxford (Ole Miss riots) in 1962. He left Pennsylvania Tire in 1970 and began a 36-year employment with True Temper Sports retiring in 2006.

A founding member of Peaceful Valley Hunting Club he was an avid deer hunter and wild hog slayer. His CB radio handle was “Goober” to which he was commonly called by hunting buddies, friends, and co-workers. His pastime earned him the name “Hog Paw” to his grandchildren.

An old soul and early riser, he was often awake before the chickens that supplied his breakfast eggs. His barn and pasture were rarely without critters of all kinds, mules, goats, and a pet skunk have taken up residency under his watch.

An expert gardener, his Dozier Road neighbors followed his lead when it was “time to plant” and often stopped by for pointers on growing vegetables.

A staunch Democrat, his blood ran blue and never wavered. We all benefited from his wisdom, knowledge, and insight, whether we asked for it or not.

He was preceded in death by his parents, his brother, Mickey Dozier, and his nephew Mike Dozier and his grandmother that he loved dearly, Emma Dozier.

Visitation will be from 5 until 8 p.m. at Cleveland Moffett Funeral Home in Amory. Services will be held Thursday, April 28, at 11 a.m. at the funeral home.

In true Roger fashion, his service will include a politician, a judge, and a preacher. The opening prayer and statements will be brought by Northern District Public Service Commissioner Brandon Presley. His eulogy will be brought by Honorable U.S. District Judge Michael P. Mills Sr.; and longtime friend Bro. Jackie Gray will bring the message.

In lieu of flowers, donations may be given to St. Jude Children’s Hospital.

To order memorial trees or send flowers to the family in memory of Roger Dozier, please visit our flower store.