Randell Doyle Bennett was born September 15, 1938, to Hoyle and Rachel Bennett of Nettleton, Ms and passed from this life on Monday, January 6, 2020. He was one of eight children born in the family. The family’s commitment to the “Work of the Lord” was evidenced throughout the family but especially in the life of Randell, where his love for the work of the Lord, especially outreach, would lead him to participate faithfully in the Bus Ministry for many years. Though preceded in death by his beloved Mary, Randell and Mary’s love produced three precious children, one of which, Ginger, has also preceded him in death. Randell’s personal commitment to family was unquestioned and unchallenged and more importantly reflected in his life’s choices concerning them. Being a very accomplished concrete finisher, Randell proved his work to be so important to the building of dams along the Tenn-Tom waterway that he was offered a lucrative opportunity to travel with the company after the completion of several local projects. However, after careful review of the sacrifice required of being away from his family, he respectfully declined the most attractive offer. Though he may have turned down an opportunity to make thousands and yet possibly millions of dollars, Randell’s commitment to God and family would not be compromised. Though he declined on the riches the world had to offer, he made an investment in a posterity and eternal life that is out of this world. His investment includes a daughter in the ministry, not just occupying a place in time but investing in others, as reflected in her role as a pastor’s wife and as a leader within the Alabama District of the ALJC where she has been asked to speak later this month. His investment continues to be reflected in his grandchildren, where two grandsons are involved in music ministry and preaching the gospel to those who would hear. Whether the grandsons are preaching, or the granddaughters are singing, like the woman with the costly oil, wherever they preach and wherever the ministry of song is employed, the memorial of his sacrifice and commitment will be reflected in those lives that he so dearly loved. As is the case with true leadership, the traits cannot be confined to just family but extend to others for direction, inspiration and hope. Bro. Bennett’s home church, Bethel Apostolic Church, has not just lost a member but a true leader. His leadership was reflected on the Church board of many years and as an usher, where he continued to serve. His life, having become so intertwined with service to God, that it could not be separated from his commitment and passion in serving the Lord. From taking vacations to attend Because of the Times Ministry Conference, to traveling cross-country to hunt with the brethren in Colorado, Bro. Bennett’s life became more about the group and less about his self. While so much more could be said about this beloved patriarch of the Bennett family, the word, that he committed himself so much to, will serve to reflect the character and the fuel for driving his life. The wealthiest king to have ever lived made this statement in (Ec 9:10), “Whatsoever thy hand findeth to do, do it with thy might; for there is no work, nor device, nor knowledge, nor wisdom, in the grave, whither thou goest.” Whatever Randell did as a vocation, whether as a finisher, a carpenter, or a painter, he did it with his whole might. Whatsoever Randell did for the Lord, he did with vigor and zeal. He has worked hard and lived life to its fullest for 81 years but on January the 6th, 2020, he was called home and has entered into his rest. As Solomon stated, there’s no work, device, knowledge, or wisdom where Randell is going, but he left that all in his life-wherever he was. Rest in Peace, God’s precious light in Randell Bennett. May your wonderful example, serve to light our way! Funeral services will be at 2 p.m. on Thursday, January 9, 2020 at Bethel Apostolic Church with Rev. Coy Hill, Pastor Stanley Blaylock, and Pastor Anthony Simmons officiating. Burial will follow in the Jones Chapel Cemetery. Cleveland-Moffett Funeral Home is in charge of the arrangements. Survivors include his son, Darrell Bennett of Amory; one daughter, Amanda Simmons (Anthony) of Moulton, AL; two sisters, Opal Bishop of Nettleton and Nell Sargent of Bigbee; grandchildren, Josh Bennett, Amber Kennedy, Brooke Stanphill, Cody Bennett, Dustin Simmons, Colton Simmons, and Kaitlyn Simmons; 9 great grandchildren; and a host of nieces, nephews, and friends. He was preceded in death by his parents; his wife, Mary Trimm Benett; 3 brothers, Charlie, Tines, and Bonnie Bennett; sisters, Twillar Edwards and Willie Mae Ratliff; and a daughter, Ginger Bennett. Pallbearers will be Josh Bennett, Cody Bennett, Dustin Simmons, Colton Simmons, Josh Stanphill, and Spencer Brock. Visitation will be from 5 until 8 p.m. on Wednesday evening at the Bethel Apostolic Church. Condolences may be shared with the family at clevelandmoffettfuneralhome.com

To plant memorial trees or send flowers to the family in memory of Randell Bennett, please visit our flower store.

Your condolence is awaiting moderation. Once approved it'll appear in the guestbook.

He was a true christain and a good friend to my dad he up in heaven with all the brothers and sisters in heaven .amanda a sweet caring christain lady

Amanda and Anthony, I am so sorry for your loss. Thoughts and prayers will be with you and your children in the days to come.

Friends and Family uploaded 155 to the gallery. 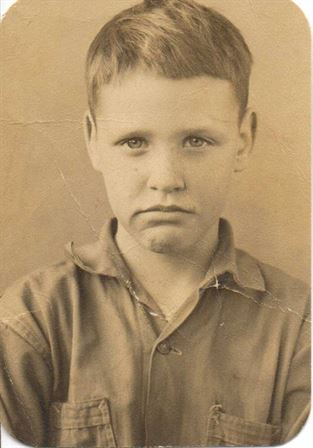 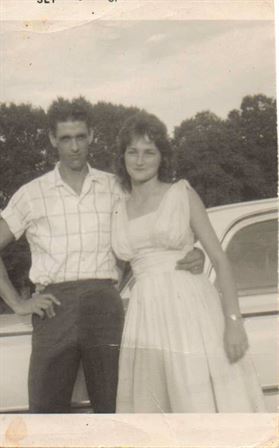