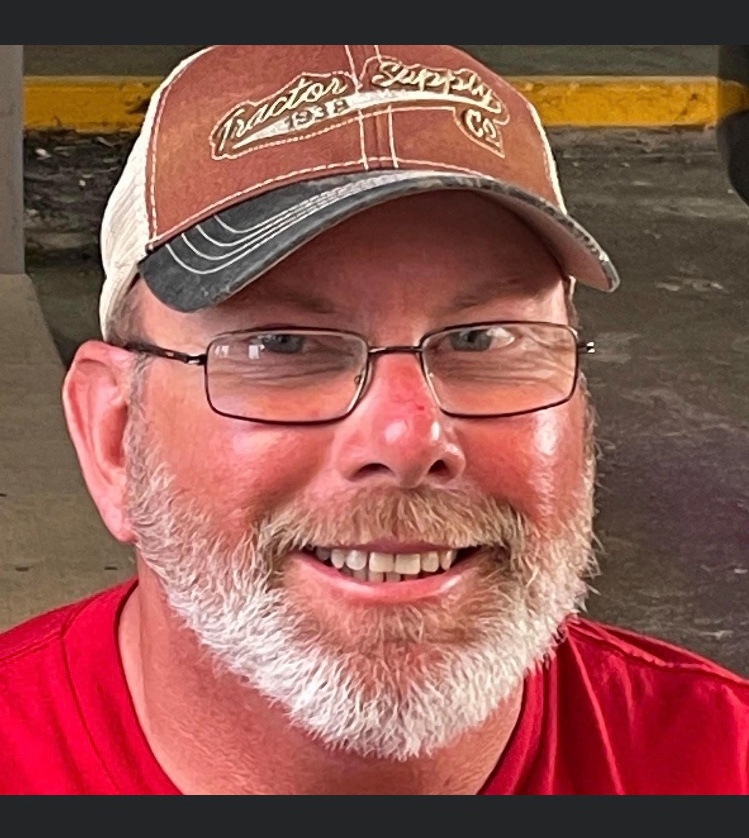 Michael Wade Lambert, 56, passed away on October 1, 2021. He was born July 7, 1965 in Jackson, MS to the late James Everett and Prebble Michaels Lambert. Mike grew up in the Biggersville Community and was a graduate of Biggersville High School. After graduation, he honorably served his country in the United States Marine Corp. He worked as a machinist and later a lead man at Leroy Summer while in Tennessee. In 2010, Mike returned to MS where he enjoyed horses, coon hunting and several other interests. He was a talented mechanic and earlier in life he enjoyed drag racing. Mike had just recently married his soulmate, Becky Fussell. Their time together was nothing short of a fairy tale marriage. Together, they loved to ride motorcycles, recently completing several cross country trips. Mike was proud to have recently joined the Christian Motorcyclist Association. Mike lived life to its fullest, embracing each day and leaving his smile imprinted on the minds of all who knew and loved him. He was a member of Bethany Church of God of Prophecy, recently attending East Amory Baptist Church.

In addition to his parents, he is preceded in death by a sister, Carolyn Kay Bivens.

Visitation will be on Monday evening at the funeral home in Amory from 5-7 PM.

Donations may be given to the Christian Motorcyclists Association, PO Box 9 Hatfield, AR 71945 ATTN:RFS Mississippi.

To order memorial trees or send flowers to the family in memory of Michael Lambert, please visit our flower store.