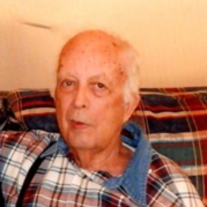 Lloyd Wayne Howell, 76, passed away on Monday, July 1, 2019 at Diversicare Nursing Home in Amory. He was born on May 30, 1943 in Hatley to Benford and Jewell Pearson Howell. A 1961 graduate of Hatley High School he married the former Joyce Odom in 1965. He worked for Walker Manufacturing until 1971, then becoming full-time in the Mississippi Army National Guard as a heavy wheel mechanic, retiring in 1997. During his service Lloyd was part of the Reforger Exercises in Germany then he was activated for Operation Desert Shield then Operation Desert Storm. Following his retirement, he worked at Fowlkes & Fowlkes Amoco where he enjoyed visiting his customers. In his spare time, Lloyd enjoyed woodworking, coaching baseball, tending to his farm animals, but most of all his time with his family was his favorite. Funeral services will be at 3 p.m. on Wednesday, July 3, 2019 at Cleveland-Moffett Funeral Home in Amory with Bro. Chuck Moffett officiating. Burial will follow in the Hatley Cemetery. In addition to his wife, Joyce Howell, he is survived by two daughters and one son, Melissa and Connie Cowley of Amory, Teresa Howell of Memphis, TN, and Craig and Brandi Howell of Muscle Shoals, AL; 5 grandchildren, Kaylin and Brycen Cowley, Lakely and Jackson Howell, and Abigail Howell; aunts and uncles, Dennis and Pat Pearson, Peggy and Billy Wayne Head, Glenda and Greg Smith, Sarah Pearson, Bonita Pearson, Martha Pearson, Carl Dove, and Mary Sue Hilliard; and a host of cousins and neighbors. He was preceded in death by his parents. Pallbearers will be Lloyd Pearson, Boyd Pearson, David Pickle, Anthony Pearson, Adam Pearson, Jeff Pearson, Tim Pearson, Tommy Head, Alan Pearson, Van Pearson, and Billy Carter. Visitation will be on Tuesday evening from 5 p.m. until 8 p.m. at the funeral home. Memories and condolences may be shared with the family at clevelandmoffettfuneralhome.com
To order memorial trees or send flowers to the family in memory of Lloyd Howell, please visit our flower store.