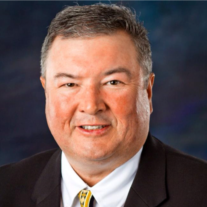 Kevin Wade Childers, 45, died on Sunday, April 16, 2017 at his home. Kevin was born on October 4, 1971 in Aberdeen to Jerry Clyde and Judy Fowlkes Childers. Growing up in Becker, he was a graduate of Aberdeen High School and attended ICC where he was a part of the 1990 Community College Football State Championship Team. Kevin owned and operated Childers’ Appraisal and he was also a real estate agent for Amory Realty. With a love for his country, he proudly and actively served in the US Navy as an avionics technician. He was a member of the Antioch Baptist Church and enjoyed golfing and being with his friends at the Aberdeen Country Club, fishing, and his dogs. The joy of his life was being an uncle to his two nephews. Funeral services for Kevin will be at 2 p.m. on Wednesday, April 19, 2017 at the Cleveland-Moffett Funeral Home Chapel in Amory with Bro. Robert Earl Fowlkes and Bro. Bryan Richardson officiating. Burial will follow in the Greenbrier Cemetery. Survivors include his brother, Ben Childers (Christina) of Aberdeen; hi s nephews, Charlie and Nicko Childers; and a host of aunts, uncles, and cousins. He was preceded in death by his parents; and grandparents, Charlie and Inez Fowlkes. Pallbearers will be Luke Adkins, Rick Simms, Stan Newman, John Pigg, Ray Darty, and Davo Sommers. Honorary pallbearers will be his cousins and the staff of Amory Realty. Visitation will be on Tuesday evening from 5 until 8 p.m. at the funeral home. Memorials may be made to the Wounded Warrior Project, P.O. Box 758517, Topeka, KS 66675 or donate online at www.woundedwarriorproject.org Condolences may be expressed at clevelandmoffettfuneralhome.com
To order memorial trees or send flowers to the family in memory of Kevin Childers, please visit our flower store.