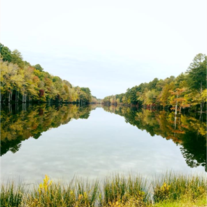 Ila Arlene Denny Kittrell, 80, passed away on Thursday, December 7, 2017 at the Diversicare Nursing Center in Amory. Born on October 26, 1937 in Davenport, Iowa, she was a daughter of Marvin G. and Elsie A. Chandler Denny. She graduated school in Davenport later moving to Sulligent in 1969. For many years, Mrs. Kittrell owned and operated the Gattman Café and later retired as a homemaker. She was of the non-denominational faith and she enjoyed crafts and playing bingo. Funeral services will be at 2 p.m. on Saturday, December 9, 2017 at Cleveland-Moffett Funeral Home with Bro. Dwight Taylor officiating. Visitation will from 1 p.m. until the service time. Survivors include 5 daughters, Audrey Pickle of Amory, Vicki Barker of Indiana, Marcy Schneider (Ronaldo) of IA, Patty Bolhuls (Chris) of IA, and Cheryl Taylor (Dwight) of Amory; 4 sons, Dennis Arp of IL, Mike DeBoer (Amanda) of IA, Raymond Carlson of Huntsville, AL, and James Kittrell of Hamilton, AL; her step-mother, Shirley Denny of Bettendor, IA; 19 grandchildren; 18 great grandchildren; and one great-great grandchild; special friends, Luba Hill, Helen Petty, and Mr. Willie. She was preceded in death by her parents. Memories and condolences may be expressed at clevelandmoffettfuneralhome.
To order memorial trees or send flowers to the family in memory of Ila Kittrell, please visit our flower store.