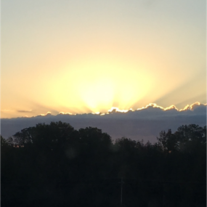 Gary Lloyd Funderburk, 58, died on Friday, October 27, 2017 at the North Mississippi Medical Center Hospice. Born on July 25, 1959 in Detroit, MI, he was a son to Roscoe and Loreda Moffat Funderburk. He was married to Joy Hitchcock and prior to his retirement, he worked as a crane operator for Tom Soya Grain Company. An avid outdoorsman, Gary enjoyed fishing, hunting, gardening, and being on his tractor bush hogging. Know to be hardworking, generous, and outgoing, he also loved to spend time with his family especially his grandchildren. He was of the Baptist faith. Funeral services for Gary will be at 2 p.m. on Tuesday, October 31, 2017 at the Cleveland-Moffett Funeral Home chapel in Amory with Bro. Roy McHenry officiating. Burial will be in the New Prospect Cemetery. Survivors include his wife, Joy Funderburk of Aberdeen; one son, Jason Funderburk (Holly) of VA; one daughter, Diana Hitchcock of Caledonia; stepdaughter, Robin Capps (Jonathan) of Aberdeen; one brother, Jimmy Funderburk of Hamilton; two sisters, Bonnie Roberts (Jerry) of Aberdeen and Peggy English (George) of Aberdeen; and grandchildren, Autumn Funderburk, Peyton and Hunter Hitchcock, and Kylee, Kloee, Karlee, and Caleb Capps; and a host of nieces and nephews. He was preceded in death by his parents; and a brother, Ronnie Funderburk. Pallbearers will be Joey Fretwell, Kenneth Fretwell, Eric Fretwell, Danny Stoddard, Matt Funderburk, and Brad Funderburk. Visitation will be on Monday evening from 5 until 8 p.m. at the funeral home. Condolences may be expressed at clevelandmoffettfuneralhome.com
To order memorial trees or send flowers to the family in memory of Gary Funderburk, please visit our flower store.