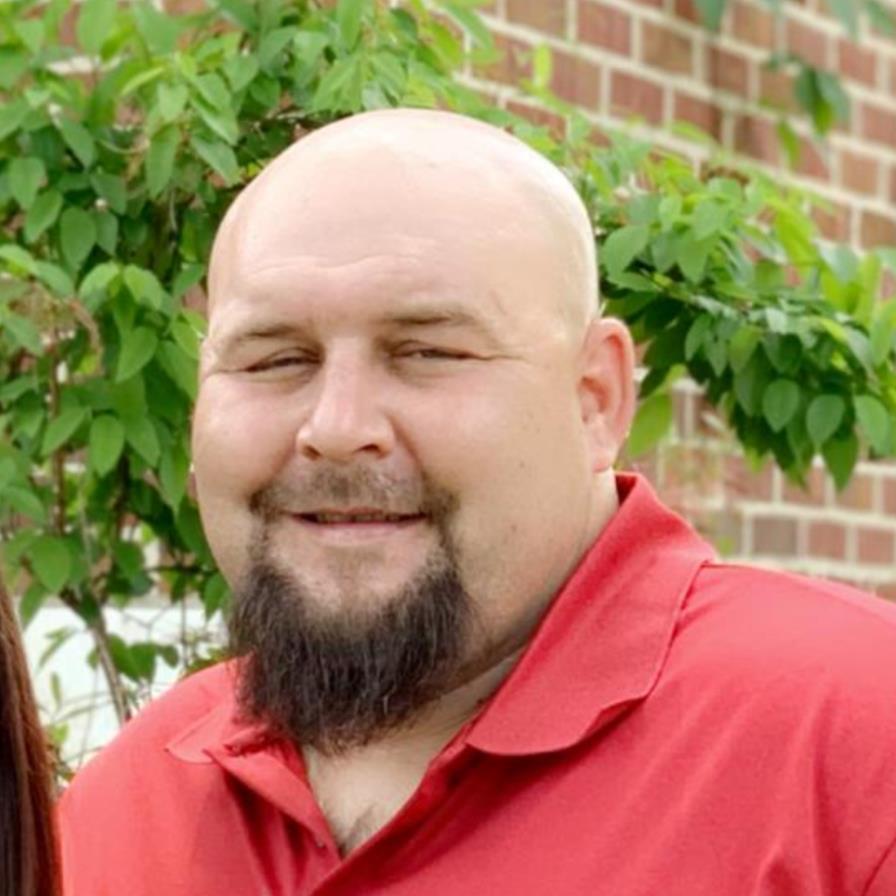 Wesley Curtis “Big Curt” James, 36, passed away on Saturday, February 29, 2020 at North Mississippi Medical Center in Tupelo. Born on September 10, 1983 in Amory, he was a son to Johnny and Hollye Moreland West. Curt grew up in Smithville and was a graduate of Smithville High School where he played on both offensive and defensive lines on the football team and he was well known for his strength, grit, and stamina on the field. Following graduation, he was privileged to play for Northeast MS Community College and was fortunate to make the all-star team after high school playing in the Down Under Bowl in Australia and in Hawaii. For several years he was a deputy sheriff for the Monroe County Sheriff’s Department and later worked as a supervisor in the area furniture plants. On May 11, 2019, he married the love of his life and his soul mate, Laura Greenwood. Everyone who knew Curt would remark about his size yet his gentle generosity giving the shirt off his back to anyone that needed. Curt had quite a sense of humor and had a most contagious smile. Curt had a passion for children and he was an 8U little league coach for Hatley Park and Rec. taking a team to the 2019 8U World Series in Louisana. He absolutely loved and adored his daughter and stepson who described him as the best father anyone could ever have. Curt had a strong faith and was a member of Bigbee Baptist Church. Funeral services will be at 12 noon on Wednesday, March 4, 2020 at Cleveland-Moffett Funeral Home in Amory with Dr. Lloyd Sweat and Bro. Scott Carter officiating. Burial will follow in the Young Memorial Gardens. Survivors include his wife, Laura James of Amory; his mother, Hollye West of Amory; daughter, Rylee James of Amory; one son, Tyler Greenwood of Amory; two brothers, Austin James (Caitlyn) of Amory and Tyler James of Smithville; his grandmother, Peggy Moreland of Amory; aunt and uncle, Sherry Reeves (Wayne) of Smithville; nieces and nephews, Easton James, Tynlee James, John Avery James, and Zaylee Kate James; cousins, Tori Reeves and Brooke Thompson; and a cousin, Walker Thompson who affectionately called him Duncle; and countless friends. He was preceded in death by his father, Johnny West, and grandparents, George Moreland and Opal Moffett. Pallbearers will be Josh Wilbanks, Mark Benedict, Andrew Hamilton, Wayne Reeves, Cody Young, Cole Reeder, Caleb Reeder, John Bishop, David Mitchell, Sam Mitchell, Kevin Crook, and Steven Summerford. Visitation will be on Tuesday evening from 5 until 8 p.m. at the funeral home. Condolences may be shared online with the family at clevelandmoffettfuneralhome.com
To order memorial trees or send flowers to the family in memory of Curt James, please visit our flower store.