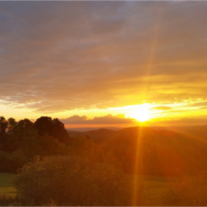 Molly Alberta Stephens, 81, died on Sunday, July 15, 2018 at the Rapid City Regional Medical Center in Rapid City, SD. She was born on July 23, 1936 in Happy, TX to Albert and Esther Sutton Legate. The youngest of 3 girls, Mrs. Stephens was raised on a farm in Levelland, TX. On September 24, 1954 she married Charles “Steve” Stephens near Lubbock, TX. As a Navy wife, she and Steve lived in Morrocco, North Africa; Sasebo, Japan; Midway Island; and Kodiak, AK and in 1995, they retired to Amory to be near their son and family. Mrs. Stephens was a member of the Amory Church of Christ. Private interment will be in the Corinth National Cemetery. Cleveland-Moffett Funeral Home of Amory is in charge of the arrangements. Survivors include one daughter, Tamara Butler (David) of Rapid City, SD; one son, Scott Stephens (Rachel) of Amory; 5 grandchildren, Misty Butler, Amber Renese Rivera (Phillip), Jonathan Stephens, Dayton Butler, and Kristen Wilson (Seth), Conway, Arkansas; and 4 great grandchildren. She was preceded in death by her husband, Charles Earl Stephens; one son Michael Stephens; her parents; and two sisters, Earlyne Wimberly and Lucille Hill. Condolences may be shared at clevelandmoffettfuneralhome.com
To order memorial trees or send flowers to the family in memory of Alberta Stephens, please visit our flower store.